About Autism
Autism spectrum disorder (ASD) is a complex developmental disability. Signs generally appear during early childhood and affects a person’s ability to communicate and engage with others. ASD is defined by a certain set of behaviors and is a spectrum condition, meaning that individuals are affected in varying degrees. There is no known single cause of ASD, although increased awareness and early diagnosis and intervention have lead to significantly improved outcomes. The diagnosis of autism spectrum disorder is applied based on an analysis of all behaviors and their severity.

About Applied Behaviour Analysis
ABA is a form of therapy that focuses on learning and behavior to help improve the lives of children with autism. It studies how behaviors work and fosters skills in a flexible way to suit each child’s personality and lifestyle. From basic skills like looking and listening to complex skills like reading and communicating, ABA can help reduce behaviors that make it difficult for children to learn.

It’s widely recognized as the most effective, evidence-based treatment for autism and is endorsed by the U.S. Surgeon General and American Academy of Pediatrics. 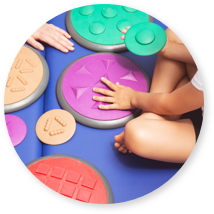 A Parent's Guide to Autism 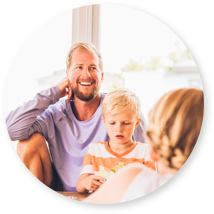 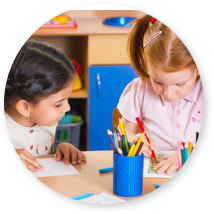 Autism is a general term used to describe a group of complex developmental brain disorders known as Pervasive Developmental Disorders (PDD). The other pervasive developmental disorders are PDD-NOS (Pervasive Developmental Disorder – Not Otherwise Specified), Asperger Syndrome, Rett Syndrome and Childhood Disintegrative Disorder. Many parents and professionals refer to this group as Autism Spectrum Disorders. You may also hear the terms Classic Autism or Kanner’s Autism (named after the first psychiatrist to describe autism) used to describe the most severe form of the disorder. The American Psychiatric Association’s Diagnostic and Statistical Manual of Mental Disorders is the main diagnostic reference used by mental health professionals and insurance providers in the United States. The current (fourth) edition, which was published in 1994, is commonly referred to as the “DSM-IV.” The diagnosis of autism requires that at least six developmental and behavioral characteristics are observed, that problems are present before the age of three, and that there is no evidence for certain other conditions that are similar. The DSM-IV is currently being revised. The DSM-V will group together the subtypes of autistic disorder, PDD-NOS, and Asperger Syndrome under the umbrella term “Autism Spectrum Disorder” because research has not shown these categories to be distinct. Rather, they are part of a broad continuum of disorders that involve difficulties in social and communication skills.

What is Applied Behavioral Analysis (ABA)?

Is ABA right for my child?

Is there an age limit for ABA?

How is ABA paid for?

Where is ABA done?

How is Autism diagnosed?