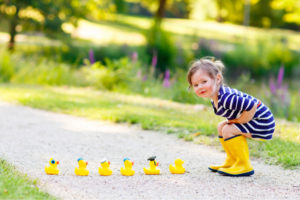 Organizations that endorse ABA therapy for autism include local, regional, and national scientific and government organizations. Aside from groups that are specifically associated with applied behavioral analysis practitioners or educators, nearly every credible organization in medicine supports this treatment for autism spectrum disorders.

If you are considering ABA therapy in Arizona for your child, rest assured that nearly every state, federal and international health organization approves it. It is simply one of your most reliable options.

There is no cure for autism. However, the consensus is that ABA therapy is the best option to give children a chance to lead productive, healthy, independent lives.

Federal health organizations are perhaps the most influential group that supports and endorses ABA therapy as a treatment for autism. In fact, even the World Health Organization endorses ABA and other evidence-based psychological and behavioral treatments, saying that they can “reduce difficulties in communication and social behavior, with a positive impact on well-being and quality of life for persons with ASD and their caregivers.”

ABA is accepted and endorsed worldwide at the highest levels of health and medical authority. Here at home, the following major organizations support it:

Many state health organizations have come to the same conclusion as the CDC and the Surgeon General. This is evidenced by the states that mandate insurance coverage for autism treatment, which includes ABA:

Medicare covers ABA therapy in Arizona and other states, as does Medi-Cal in California. The government believes that everyone should have access to this treatment.

Insurance can be complicated. Just because there is a mandate does not automatically mean you are covered, so please call us for case-specific information.

When it comes to professional support for ABA as a treatment for autism, there are truly too many scientists, doctors, and researchers to list. A variety of different types of studies have been performed:

These scientists usually look at specific elements of ABA. The goal is generally to guide the practice towards a more effective, more repeatable form of therapy with every new study published. Further, with each new study corroborating the effectiveness of a specific technique, the technique itself becomes better understood and more widely excepted throughout the professional community.

Many organizations support ABA. Further, these organizations range from small independent scientific groups to the largest political bodies involved in medicine. To learn more, or if you have specific questions about your options for Phoenix ABA therapy, please feel free to contact us at Pinnacle Autism Therapy.