Reinforcement and Why It Is Important for ABA Therapy 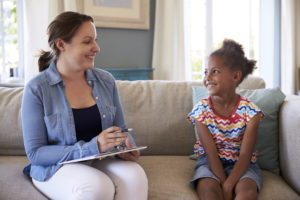 Reinforcement ABA therapy is one of the foundations of applied behavioral analysis. In short, it is the primary method by which ABA therapists turn observations of behavior into patterns of improvement.

Why Does Reinforcement Matter?

For children with autism, positive reinforcement – and ABA therapy in general, have been shown to correlate with major goals, such as improving or establishing verbal skills, smoothing out social interactions, and enhancing academic performance. For parents, learning about how to positively reinforce desirable behavior could help support treatment, prevent outbursts, and facilitate conversation.

What Is Reinforcement in ABA therapy?

Positive reinforcement ABA therapy essentially ties two actions together in a child’s mind. For example, a child might demand a stuffed animal during a therapy session. A therapist might then offer a choice between two different options. If the child engaged with this offer and selected one of the options, the therapist would give the child the desired toy. This would reinforce the behavior of engaging in conversation by giving the child the toy indicated.

The when, how, and what of using this technique differ from one case to another. This is one of the reasons why it is so important to have a full, professional analysis performed before designing a treatment strategy.

How is Reinforcement Used in ABA?

Reinforcement is used in ABA by repeating positive responses to desired behaviors until the child associates the action with the reward. A specific plan and a controlled environment are often critical in this effort.

There are innumerable opportunities for positive reinforcement of desirable actions in everyday life — many societal structures are based on action-reward systems. Examples range from being applauded after a performance to receiving a paycheck at the end of the month. Systematic ABA therapy aims to isolate behaviors that, when rewarded in a specific way, will lead to desirable outcomes.

For this reason, ABA treatment centers are designed as highly controlled environments that are conducive to positive reinforcement ABA therapy. Unlike relatively chaotic parks, schools, homes, and shops, a treatment center actively limits possible stimuli. This allows both the therapist and the child to focus on targeted behaviors and their immediate consequences.

Can I Use Positive Reinforcement at Home?

Continued, repeated positive reinforcement based on behavior analytics is one of the core practices in ABA. With the right guidance and review – and with careful application, this method could be effective at home in reaching a variety of goals for children with autism.

If you wish to become a major part of your child’s growth and development, we will do our best to design a program that both satisfies these needs and provides the level of treatment necessary to secure your child’s future. To learn more about positive reinforcement ABA therapy or to schedule an appointment, please feel free to contact us directly at 1-866-342-8847.